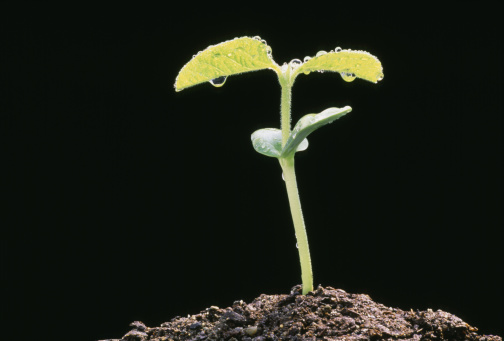 A few weeks ago, I published an article about how your genuine self is more effective than your fake self at work – and how learning to dial into your unique talents and values is the surest way to speed up career growth.

Many people are tempted to adopt a persona at work. But colleagues can smell phoniness, which strains relationships – not to mention that when you adopt a “work persona,” you’re leaving many of your most valuable talents at the door.

And yet, interestingly enough, two of my friends quickly responded to the article, explaining why they feel their work personas are necessary to their career survival.

The first of my friends, who happens to be a black woman, noted, “…many people of color almost always have to have a ‘work persona.’”

My second friend, a woman who identifies as gay, had a somewhat different take: “Gender norms in the workplace can influence how more women feel a need to adopt a work persona. Being too ‘warm’ or ‘gentle’ can label a woman as incompetent, or associate them more with admins than leaders.”

I was intrigued by my friends’ insights, and curious to understand their perspectives more clearly. So I reached out to both of them directly.

My second friend and I talked first. She was quick to stress that, as a rule, she believes genuine is better than fake. In her opinion, authenticity is a matter of integrity.

That said, she also pointed out that she has experienced unfavorable bias for displaying traits that are stereotypically associated with being a woman — or a gay woman.

While she herself chooses to work at places where she feels safe coming out as gay, she also recognizes that this isn't an option for many people. For example, some states offer no firm legal protection against work-related discrimination based on sexual orientation. This means that, unfortunately, authenticity about one's sexual orientation simply isn't a realistic option in certain workplaces.

She added that she feels the question is not whether to be authentic at work. The question is how much authenticity to expose. In her words, “It’s like feeling in the dark to see what’s possible. What can I experiment with?”

My conversation with my other friend followed a similar outline – but with some intriguing differences.

She began by explaining that as a woman of color, she’s cautious about how authentic she shows up at work, especially when starting with a new group. She added, “Sure, real is better than fake, but you have to judge whether the environment is safe and that can take some time.”

She said she does her best to avoid behavior or speech that might reinforce negative black stereotypes portrayed in today’s media.  “As a person of color, we often  ‘code switch,” she told me. “The vernacular shifts depending on location and whomever you’re engaging with.”

At work, for instance, she often uses humor to avoid the “angry black woman” syndrome – something she feels her less-melanin blessed counterparts don’t need to do.  They can be direct without having to worry about that stereotype.

As I pondered these phone calls, three things stuck out for me. First, I felt grateful that my friends trusted me enough to speak their truth. Second, I realized that it can take a lot of courage to be authentic at work. And third, I recognized that due to societal norms, authenticity creates much more risk for some people than for others.

In short, choosing authenticity at work can be a risky move. It exposes your essence to people who might not respect it. Worse, some people will act against you if you show your true colors.

How do you decide whether to show authenticity at work? Here are three questions to guide you:

1) Does being authentic serve you and others? If the honest answer is yes, muster the courage to be yourself. Consider timing too. For instance, there’s a right time to crack a joke, even in the boardroom. Work on developing your interpersonal awareness and sharpening your judgement.

2) Is the risk worth it? Only you can decide whether your conviction outweighs the risk.  Sometimes it’s better to live to fight another day – while at other times, it’s worth risking it all. When in doubt, don’t rush it. If possible, sleep on it. Discuss the options with people you respect and trust.

3) Do you feel duplicitous when you hide your authentic self? If the answer to this question is yes, you need to decide if you can endure the feeling. It signals that your behavior is not aligned with your values. If your organization requires duplicitous behavior, it might not be a place where you can thrive and do your best work.

If you’re unsure how authentic you’re willing to be at work, start by testing the waters. Look for low-stakes situations in which you can let more of your true self out, around colleagues you trust. Watch how they react, and adjust your future authenticity accordingly.

No matter the outcome, you’ll emerge even smarter than you were before. And on your journey to put your talents to their best use, even a little bit of new knowledge can be a powerful tool.