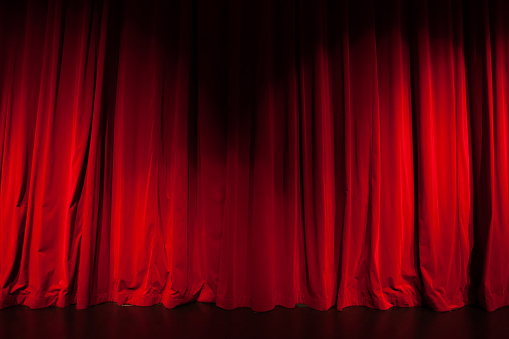 You’re successful and hungry for that next level of responsibility — but how do you get there? While you’ve heard a bit more “executive presence” would help, no one seems able to tell you what that means or how to get it. The good news is that it’s much easier than you think – and you don’t have to sell your soul for it.

In fact, learning to dial into your talents and values is the surest way to speed up your career growth. It starts by tapping into your inner resources and staying true to your version of success – not someone else's.

Many executives adopt a persona at work; a sort of caricature they believe others prefer. These personas are often stereotypical: the hard-nosed skeptic, the go-getter, the people pleaser, and so on.

Taking on a persona creates at least two problems. First, you’re playacting. Even if your colleagues can’t put a finger on it, they smell your phoniness. Perceived insincerity arouses suspicion, putting strain on the relationship.

Second, restricting yourself to a persona means leaving some of your power and gifts at the door. It’s like trying to race a sports car in a single gear. That’s boring. Worse still, you never unleash your full potential. And that means you’ll never be able to serve your organization to the best of your ability.

The answer to this dilemma is learning to leverage range. That is, bringing out the aspects of your personality that are most useful at the right moments. For example, you might use humor to diffuse tense situations. You can share your point of view when someone stomps on cherished values. Or assume a beginner’s mindset when you realize you don’t have all the answers.

If you’re used to sticking to one single speed at work, it may take you some practice to shift into less-used gears. You'll also need to learn to find the right gear for each unique moment. Here are three tips that’ll help:

1.  Tune into your core values. As I’ve written before, values are the ideals that matter most to you – for example, integrity, efficiency, family time, teamwork, fair play, winning, and so on. Although your values may well overlap with those of others, your value set is unique to you. The clearer you see your own values, the better you can apply them to choose your behavior in any situation.

3.   Don’t bet the farm. Play it safe and begin with low-stakes situations. Try letting down your guard with a trusted colleague or partner before you open up in a staff meeting. A friendly advocate will cut you some slack as you master new skills. Once you learn from your mistakes and gain confidence, you can up the ante. Then port your newly-honed abilities into higher-stakes scenarios for greatest impact.

One of my executive coaching clients, who I’ll call Liz, was a senior executive at a global tech company. She had a well-earned reputation as an irascible know-it-all. When we began working together, her peers and subordinates had had enough. Her boss was on the verge of firing her. As a last-ditch effort, he called me to see if I could help Liz mend her ways.

Liz and I did three things right off the bat. First, I interviewed ten of her stakeholders and asked what it was like to work with her. Then I went over the anonymized findings with her. To her credit, she expressed genuine shock and horror at how others experienced her. She was eager to change her reputation.

As our next step together, we worked to pinpoint Liz’s core values. This was something she’d never spent time on before. Finally, we designed some experiments so she could try out the new behaviors we’d chosen together. Our goal was to find ways Liz could venture beyond her bullying approach.

To my surprise, I discovered that one of Liz’s core values was “warm human relationships”. This despite the fact that she’d cultivated a persona that had to be right all the time, no matter the cost! So we decided it’d be great for her to start with an attitude of humble curiosity. Then she could use that shared sense of learning to forge closer ties with her colleagues.

Liz’s first experiment was to admit, “I don’t know” when she didn’t. Then she followed up that admission with, “What do you think?” She first tried out this technique in one-on-one meetings with people she trusted. Then later in large group meetings. To her amazement, her colleagues responded to her like never before. Along the way, she began to develop insights she never would’ve arrived at within the limits of her old persona.

Over time, Liz tried conveying regret, excitement, disappointment, sadness, and humor at work. In each instance, she discovered new “gears” beyond her narrow work persona. Her colleagues began to appreciate Liz's nuanced personality. And they enjoyed experiencing a person more skilled at connecting with them.

Within a few short months, Liz’s reputation soared as her colleagues saw her as a whole person. Along the way, she saved her job, plus landed a big promotion.

At Work as in Life, Everybody’s a Person

During my time as CFO of Microsoft North America, I used to tell my team, “Bean counters are people too – so be a person!”

Next time you get unfavorable feedback at work, look in the mirror. Ask yourself if you’re stuck in one gear. A polished caricature of yourself. Then try the simple experiment of setting it aside for a moment. Express how you feel at that exact moment. Like Liz, you may be amazed how your colleagues begin to connect with you.