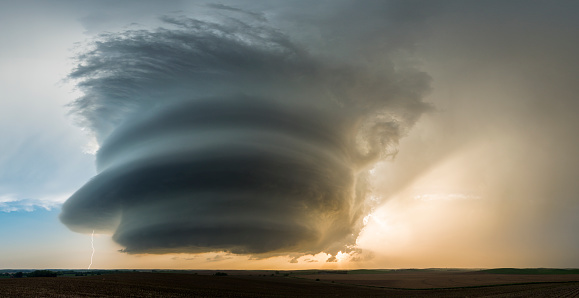 I'll never forget the day my CEO told me, "John, you often come across as the avenging angel. Your own peers are annoyed by you!"

Here I was, mid-30s and CFO of a global company – and doing my best to "manage up" as well as across and down. Yet there my boss stood, telling me my colleagues saw me as a pain the neck! His rebuke shocked me. And I didn't buy it.

But the truth is, he was right.

As I spoke to more of my team members about what he'd told me, they confirmed – to my stunned surprise – that they often felt annoyed in meetings with me. When I asked why, they pointed out that my attention to detail sometimes bordered on the fanatical. They also noted that I could be strong-willed – even pigheaded – when I was convinced I was right.

The funny thing about those qualities, though, is that they're not necessarily negative! Attention to detail can be an invaluable trait – and so can a readiness to stand up for one's convictions.

So what was the problem? It's easy to see, in retrospect: those aspects of my personality were coming out at the wrong times, around the wrong people, in the wrong situations.

Today, in my executive coaching work, I begin every new engagement by interviewing the exec's key stakeholders. Those include their peers, their bosses, and their subordinates.

I ask each of these people the same simple question: “What’s it like to work with my client?”

Through these interviews, I've found even the smartest executives can be wildly off-base when it comes to seeing how others perceive them.

When I share this interview feedback with my clients, their first response is to get defensive and try to explain it away. But over time, with my help, they begin to look inward and identify the causes of those negative behaviors. Ultimately, they come to embrace the full truth about who they are.

In many cases, negative behaviors have their roots in the very same personality traits that make us so great at our jobs! Even more importantly, they stem from our true nature – and to eradicate them completely would be to change who we are.

Instead of trying to turn my clients into different people, I help them learn to see themselves through the eyes of those around them. By cultivating greater self-awareness, they can learn when those traits or behaviors are helpful, and when they aren't. Armed with this contextual understanding, they can tailor their behavior to each unique situation.

As one of my clients, whom I'll call Nick, put it, "[I realized] that if I want to be part of this company, I need to adopt the behaviors the company feels are important to be successful."

Nick was a senior product vice president at a global tech company. In our first session, he told me he didn't "suffer fools," and that most of his peers were thick-headed. He added that getting results was more important than cultivating relationships.

Nick's boss, on the other hand, had a very different point of view: he believed collaborating with others was vital to success. And since Nick wanted to keep his job, it was time for him to consider the value of his boss’s perspectives.

First, I helped Nick learn to listen to his peers with curiosity, rather than cutting them off with his “superior” insights. Instead of instructing them what to do, he tried exploring solutions together. Over time, he began to acknowledge that group collaboration yielded solutions he never would’ve seen on his own.

In other words, Nick began to see the payoff of his experimentation. As his colleagues acknowledged his new behavior, a virtuous snowball began rolling. The people around him began to take notice of the change – and they sought him out more and more for collaboration, which led to even more innovative solutions.

In Nick's case, the ultimate positive reinforcement came when he received his annual feedback. In contrast to the negative reports he’d gotten in years past, his colleagues now celebrated his open-mindedness and willingness to collaborate. In fact, the word "collaboration" appeared in large font at the center of the report's word cloud!

Needless to say, Nick’s boss was just as pleased as his colleagues. He raved, "Reading through the comments, all of them were very positive. No derogatory comments in the whole group."

It’s crucial to note, though, that Nick's underlying personality has not changed – nor has his focus on getting results. The key difference is that Nick now adapts his behaviors to each situation.

"I am more relaxed about my approach to working with others,” Nick says today. “I have a choice about being a part of [our organization], and if I choose to stay here, I have an obligation to work within the expectations of an inspiring leadership model."

Nick's and my improvement formula works for anyone. To recap, here are the four simple steps:

1) Assemble a pool of stakeholders who'll give you honest feedback.

2) Get help to notice, track, and change behavior patterns that may torpedo your career growth.

3) Together, devise experiments to try out new behaviors and replace the old ones.

4) Cultivate an ongoing awareness of yourself through others' eyes.

Next time you find yourself in a room where a big problem needs solving, try taking a few deep breaths and waiting for others to offer solutions. Then, instead of speaking from your superior expertise, try examining those other solutions, discussing their merits, and exploring how they might be modified or improved.

Whether you end up using those other solutions or not, you’ll find that others’ attitudes toward you begin to shift toward the positive – just as my colleagues’ did when I learned to take a step back and listen.