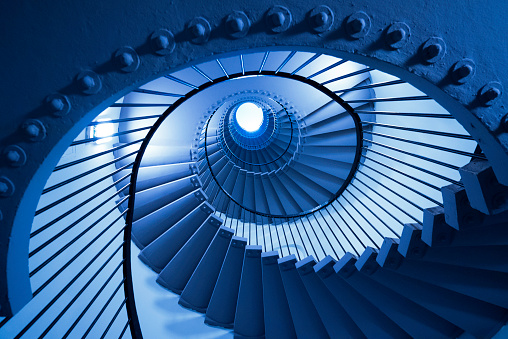 When I ask new executive coaching clients what they want to get from our work together, the most common response is, “I want to get promoted.”

Getting promoted is a very popular aspiration, but I cringe nearly every time I hear it.

That’s because throughout my twenty-five-year career in senior roles at global powerhouses like Microsoft and Novartis, I’ve seen it backfire countless times.

In my experience though, more money is the worst reason to want a promotion. Why? Because that motivation gets things backward.

Generally speaking, we get paid for the value webring to the marketplace. In light of this, our first focus should be on how we can generate value for the market. That “how” is a blend of our talents, skills, and experience – what we’re good at plus what we love doing.

That second part, what we love doing, is crucial. People who love their work tend to excel at it because they willingly give it the time and effort needed for excellence.

In short, your excellence stems not only from your skills, but also from how much you enjoy using those skills.

Think of a Venn diagram with three overlapping circles. One circle contains everything you’re good at. The second circle contains all the work you love doing. The third circle encompasses work that creates value —in other words, work for which the market is willing to pay.

Where all three circles overlap represents what you’re good at, what you love doing, and what the market will pay you to do. That’s your sweet spot.

‍Focusing Outside Your Sweet Spot Can Backfire

Rather than simply saying they want a promotion, executives would be wiser to say, “I want to do work that I’m good at, that I love, and for which the market will pay me more than I currently earn.”

Barring a solid intersection of those three elements, a promotion isn’t likely to happen. If it does happen, it often leads to misery and suffering. More on that in a minute.

I frequently see rising executives bump into promotion roadblocks because they ignore the first two circles – what they’re good at and what they love. These promotion-seekers simply don’t consider whether they’ve developed the skills to do that next-level job, much less whether they’ll love doing the work it requires.

A classic example of this is the person who has developed mad technical skills, excelled as an individual contributor, and then assumes they now have what it takes to lead a team of their peers. This person doesn’t recognize that technical skills are only table stakes.

What actually qualifies you to lead others is a foundation of technical skills plus finely tuned soft skills. These soft skills include creating an inspiring vision, cultivating talent, cross-functional collaboration, strategic thinking, effective delegation, and so on.

But it’s not just about layering soft skills on top of technical skills. To truly excel at anything, you have to be good at it and you have to love doing it. So if you want the big promotion to lead the team, take a hard look in the mirror and ask yourself how much you really love cultivating your soft skills.

‍What’s The Right Promotion For You?

Warren Buffet reputedly declared, "In the world of business, the people who are most successful are those who are doing what they love."

The truth is, sometimes the big promotion is not actually in your self-interest because it’s about money and not about doing what you love. You might think you could do anything for enough money, but I can promise you this: If you hate your job, the money won’t be worth it. I know plenty of people whose million-dollar-a-year jobs make them miserable. I was once one of those people myself.

Once again: Why do you want to get promoted? If you’re convinced you have the skills and passion to excel in that next layer up in the organization, I’m rooting for you. Chances are, if you get that job, you’ll succeed at it.

But if your only reason is money, stop now and check yourself.

The following three steps should help you find and aim for the right promotions for you.

1. Make a list of your unique strengths, talents, and skills. Include what comes easy for you and what you seem to be innately good at. If you have a hard time generating this list, try an online strengths assessment like CliftonStrengths.

2. List what you love to do. Ask yourself what you would do if money was no longer a factor in your life. What work gives you the greatest sense of happiness and fulfillment? What ideals are you convicted about?

3. List the jobs which overlap your two lists above. If you can’t come up with very many, don’t fret. Enlist some trusted friends in the process for their suggestions. You could be pleasantly surprised by their ideas.

Examine the intersection of your three lists and you’ll get a solid idea of the kind of work you’ll excel at – and where you’ll be well rewarded. On the other hand, if the big promotion you’re eyeing doesn’t appear in that intersection, it probably isn’t for you.

Don’t waste your time chasing an empty brass ring. Life is too short to squander. Instead, pursue opportunities where your happiness and fulfillment ROI is high. That’s what truly successful people do.