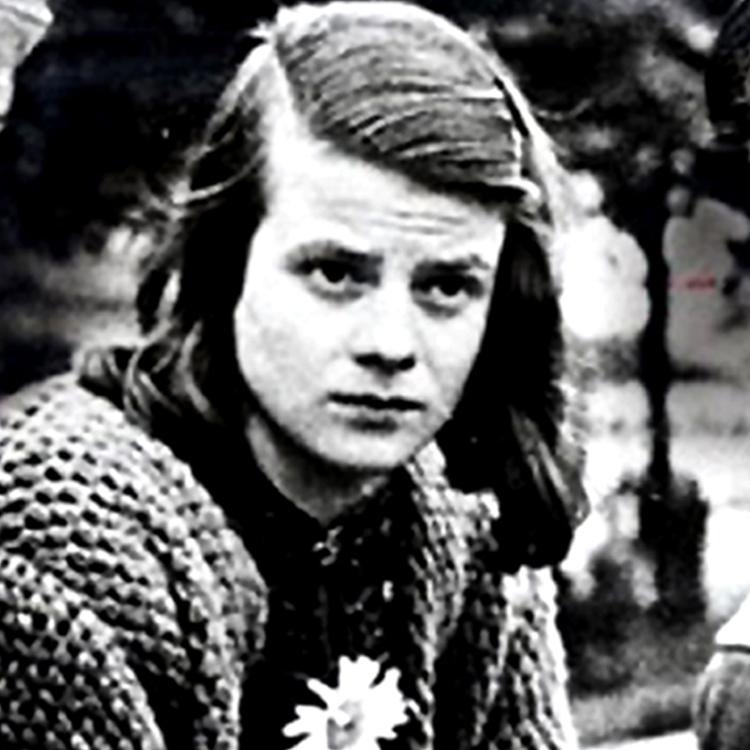 I recently watched Sophie Scholl – The Final Days, a German historical drama nominated for Best Foreign Language Film in 2005. The movie tells the story of the last days of 21-year-old Sophie Scholl, a member of the non-violent anti-Nazi student group the White Rose. Tried for distributing anti-war leaflets at Munich University in February 1943, she was found guilty of High Treason by the Nazi People’s Court and executed the same day.

Although the film ends with Sophie’s tragic execution, I found her story powerfully inspirational. Sophie Scholl’s fierce loyalty to her core values even in the face of Nazi interrogation reminded me how vital our principles are in determining the best course of action in any situation, the importance of which I’ve previously written on. Her conviction that the truest form of success is living congruently with your beliefs– no matter the outcome – illustrates the principle of winning beyond winning.

I’d like to believe I would be willing to make the ultimate sacrifice to defend my own beliefs, but I admit I wonder just how strong I would be in the moment. Would I deny my dearest convictions, like the Apostle Peter, and afterwards weep bitterly with regret?* I suppose there’s only one way to know for sure.

Beyond Sophie Scholl’s example of holding true to her beliefs under penalty of death, another principle struck me in her story – a mindset, really, which I believe is an empowering truism we can leverage in any situation.

Every Situation Holds This Truth

Imagine holding an apple in your hand. If you drop the apple, it will fall. If asked why it falls, you’ll probably say “gravity,” and then quickly add because you let it go. I often do this demo in my leadership seminars and these are the most common answers.

And you’d be right – the apple falls both because of gravity and because you let it go. One of these elements, gravity, is outside your control, while the other, letting go of the apple, is within your control.

It’s empowering to acknowledge (and embrace) that in every situation there is at least one element within your control – the ability to choose your response. Imagine your freedom is unjustly taken away and you’re thrown in jail, deprived of adequate food, water, shelter, and clothing. Even in that terrible situation, although there are many elements outside your control, you still have the power to choose your response, your attitude.

In his groundbreaking memoir Man’s Search for Meaning, written after surviving Auschwitz and three other Nazi death camps, Viktor Frankl noted that while some prisoners turned their faces to the wall and gave up on life, others achieved near sainthood, comforting their fellow captives and offering up their last piece of bread. Emphasizing the power of choice, Frankl wrote, “Everything can be taken from a man but one thing: the last of human freedoms – to choose one's attitude in any given set of circumstances, to choose one's own way.”

At a very young age, we learn to choose innocence over responsibility. We learn to play the victim. A little child is more likely to say, “it spilled” or “it broke,” rather than “I spilled it” or “I broke it,” thus preserving their innocence, looking good, and staying out of trouble. Just yesterday, my four-year-old granddaughter, after spilling her drink on her clothes, explained, “Papa, it leaked!”

Yet it’s not only kids who act this way. We adults do it all the time, too. We deflect responsibility by taking on a victim mindset, blaming external factors for our mistakes or shortfalls in performance. At work, how often have you heard statements like “the project got delayed,” “the file got lost,” or “the team fell short,” employing a voice of innocence rather than a voice of responsibility?

This victim mindset can be appealing, especially when the going gets tough. It’s a palpable relief to blame our shortcomings on external factors. Gratifying though it may feel in the moment, however, that mindset also leaves us powerless. By relinquishing responsibility and living in a place of resignation and resentment, we surrender our agency.

Leaders work hard to avoid a victim mindset. They empower themselves by looking for elements over which they have control, making astute choices, and acting decisively. They recognize the greatest power they have is the ability to respond in any situation. Flipping the familiar adage on its head, they responsibly believe if you’re not part of the problem, you can’t be part of the solution. Imagine the absurdity of an airline pilot who discovers that one of the jet’s engines has burst into flames midflight, begins cursing the sloppy maintenance crew, and then simply throws her hands up in disgust.

Leaders know that while every situation will present them with certain elements outside their control, there will always be at least one element within their control, even if it’s only the ability to respond. This is the concept of being “response-able”†  – able to respond – and it may be our species’ greatest gift. The capacity to choose for ourselves in any situation is the embodiment of free will.

We face challenges of every kind all the time. Some are comparatively mild. Others are quite severe, even life threatening. The question to ask in the face of any difficulty is this: how can I best respond to this challenge?

I don’t know if Sophie Scholl expressly asked herself that question or not, but she certainly chose her answer to it.

When you adopt a leadership mindset, you maturely accept your challenges for what they are, including the elements outside of your control, and resolve to respond the best you can. Rather than resignation and resentment, you adopt acceptance and resolve.

Putting it Into Practice

Learning the difference between a victim mindset and a leadership mindset won’t do you any good until you put the knowledge into practice. So here’s my homework for you today: consider the victim stories you struggle with, inside yourself and with others. Share them with a trusted colleague, friend, or partner. Consider how you want to leverage a leadership mindset instead. Make a goal to do so and write it down.

By confronting the victim mindset head-on and choosing to reject it in favor of a life of “response-ability,” you empower yourself in the face of challenges and increase your leadership impact. After all, as a leader you model the behavior others will imitate…for better or worse.

“Between stimulus and response there is a space. In that space is our power to choose our response. In our response lies our growth and our freedom.” –Viktor Frankl

* By referencing Peter this way, I mean him no disrespect but take comfort in his humanity.