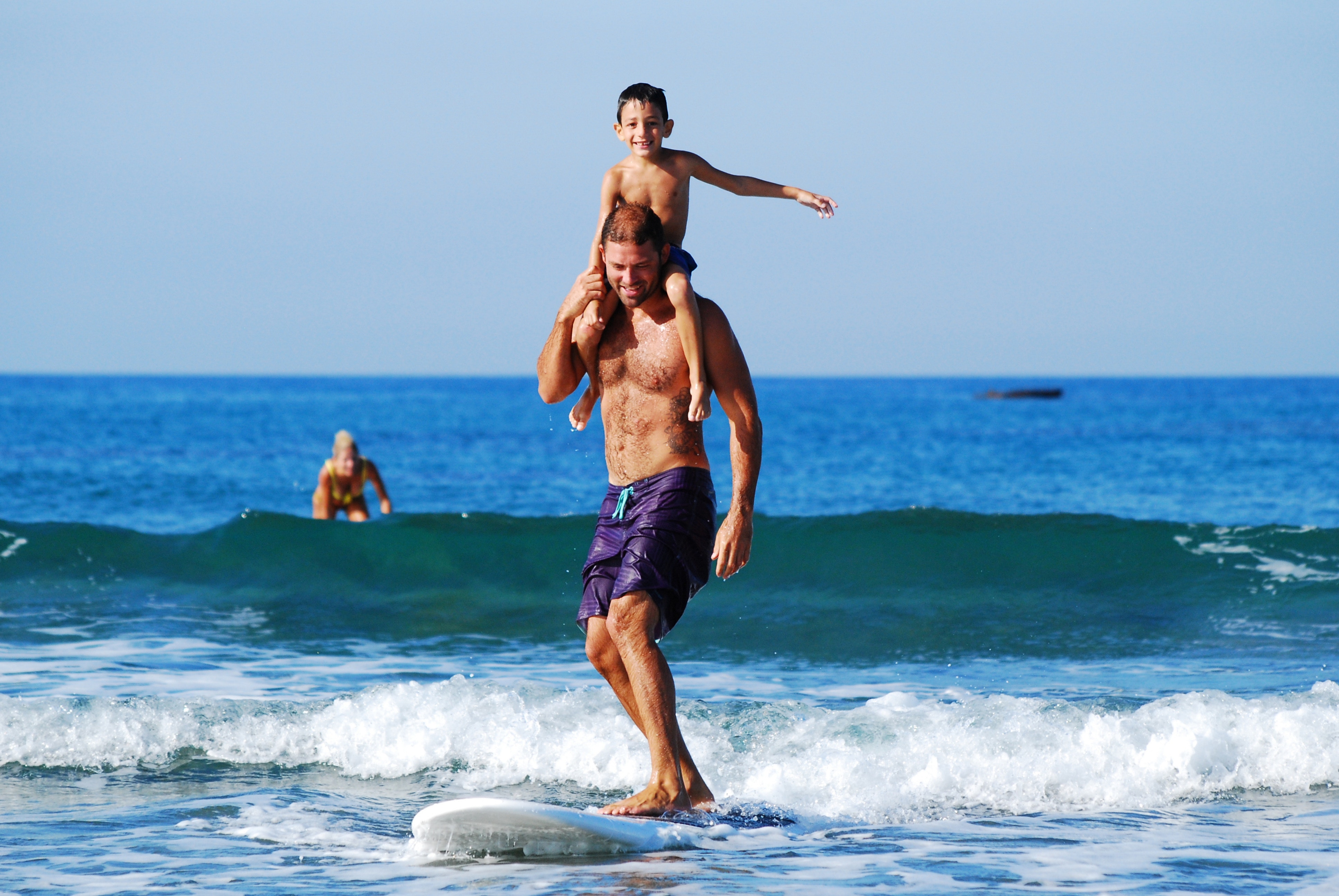 When my kids were younger, they didn’t always want to do things I knew they would love – like learning to ski, snorkeling in the ocean, sampling sushi, or reading The Lord of the Rings. Just about every parent has probably had this experience. It used to drive me nuts. I knew they were missing out on some seriously good stuff. But, whenever I suggested they try a fabulous new thing, my skeptical progeny would instantly develop a severe aversion to it. Some psychologist out there probably knows why.

The struggle continued for years, until one day I decided to try a new tack. I figured that if my kids could just trust me enough to put their toes in the water, they would discover how delightful it could be. So, on this fateful day I simply said, “Trust me, and see how it goes.” They looked at me warily and it was clear they weren’t taking the bait. So, I did what every good parent does – I made them have fun anyway!

Whatever that first experiment was – probably some adventure, like hiking a mountain trail, or sampling calamari – the experience itself was less important than the fact that, to their astonishment, the kids enjoyed it. Of course, afterward they decided it was a total fluke. I had just gotten lucky.

The next time I tried the “Trust Me” routine, they were slightly less skeptical, but just barely. They put up the usual resistance, I employed a little coercion, they tried the new thing, and to their amazement, they liked it. As time went by, they started to realize that the Old Dude (I like that nickname even less today) could be trusted. So began my tradition of saying “trust me” whenever I proposed trying something new.

But oddly enough, even though my kids had great experiences when they followed my suggestions, they still didn’t want to trust me. Sometimes they yelled, “Don’t say it, don’t say it!” before the words “trust me” even left my mouth. But after a while they began to trust me anyway. In fact, as the years went by, the kids gradually came to realize that whenever I said “trust me,” something good was coming their way.

Until one day, I blew it. I had a couple of the kids in the car on the way to a soccer game – and apparently I hadn’t been to this field many times, because I was having the darnedest time getting there. This was before GPS; prehistoric times. We arrived at a T-junction, and the kids said I needed to turn left. I told them we should turn right.

And that’s when I did it. I said “trust me” even though it was only a hunch. We turned right and it was clearly the wrong way. Big mistake!

By invoking “trust me” when I didn’t know what I was talking about, I had breached our deal. Until then, I had batted a thousand. Every time I said “trust me,” things had worked out. This time, not so much. Twelve-year-olds don’t have much patience for that sort of treachery, so my storied reputation as a trustworthy purveyor of fun took a serious hit.

What does this short anecdote have to do with leadership or business? In my experience as a CFO for major divisions of Microsoft and Novartis, and in my work with senior leaders through my leadership development and executive coaching firm, I’ve learned that this kind of trust has a lot to do with leadership and business. Here’s why:

Some business leaders try to exert their influence through the authority of their office, but great leaders create true followership by continually earning their people’s trust. Authoritarian leaders manage primarily through fear, which means most people will follow them only when they have to. When the going gets tough, those followers run for the hills. Trustworthy leaders, on the other hand, tap into the heart and soul of their teams, which means their people will follow them to the ends of the earth.

Here are four principles I’ve learned for earning trust as a business leader. I share them with you in hopes that they’ll help you and your teams build more mutually trusting relationships.

First, be very stingy with your promises. Only make promises that you’re sure you can keep. Don’t make the mistake of making commitments – like saying you’ll get your team more resources or sweeten someone’s compensation – unless you know you can deliver. If you feel compelled to communicate intent before you know you can keep a promise, commit to making effort rather than guaranteeing a certain outcome.

Second, when you make a promise, keep it. This may sound obvious, but keeping your word – walking your talk – is the absolute core of earning trust. Most people will cut you some slack if you break your word once or twice – but if you make a habit of it, you’ll lose their confidence more and more each time. Broken promises wreak havoc on trust. If you do break a promise, own it, sincerely apologize, and strive never to do it again.

Third, make sure your team knows that you have their best interests at heart. It’s one thing to keep your word when you make some devilish threat. It’s quite another to keep a promise to serve, back, or build up others. The latter shows that you genuinely want the best for them, while the former conditions people to trust your word but distrust your motives.

Lastly, be open and transparent about your values. When you share your values openly, you give your team members a clear view of your motivations. They may or may not share your values, but knowing where you stand gives them confidence that you are likely to behave in certain ways. Also, sharing your values is a way of making yourself vulnerable. And showing vulnerability invites others to do the same.

To this day, our adult children remember my asking them to trust me when they were kids. They seem to have fond memories of those moments. Our eldest daughter has even given me a couple of gifts with the words “trust me” emblazoned across them. I think that’s her way of recognizing the impact those words had for her. It’s a small legacy I take some pride in. And I’d like to think I’ve created a similar one in the business world.

As I wrap this up, let me ask you this – does your team trust you? If you’re not sure of the answer, ask someone who will give you the straight scoop. If your trust level with your team is not where it should be, you’ve got some important work to do. Don’t worry that the task of regaining or establishing trust is too great. Just get started practicing the four principles. Trust me, it’ll be worth it.