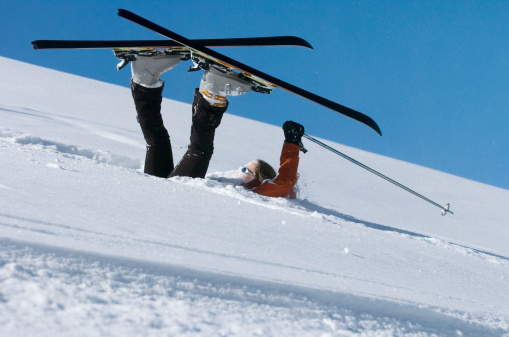 Maybe you’ve heard this story before: an ambitious colleague insists they’re ready to take on a leadership role. But the company just can’t see their brilliance thanks to “internal politics” – as if upper management is somehow conspiring to keep them out of their rightful position.

I’ve come across this scenario quite a few times. Take Jason, for instance. He was an ambitious international treasurer for a global company, managing millions in cash flow and supervising the efforts of a slew of regional treasurers.

Jason was a star player, no question. He was a technical whiz kid who regularly exceeded his KPI’s. His bosses were thrilled with his execution. Accordingly, he looked forward to annual succession planning with swagger, fully expecting to find himself on the CFO slate.

When the time came, though, his swagger evaporated. Not only was he not listed as “ready now” – he wasn’t on the slate at all!

As Jason’s boss explained, he needed meaningful experience in a broader range of capabilities to qualify for promotion to CFO. And although he excelled in technical skills, he wasn’t measuring up in soft skills, like interpersonal awareness.

Jason was shocked. Hadn’t he exceeded all expectations? And weren’t soft skills supposed to be HR’s thing? What did interpersonal abilities have to do with serving as an effective CFO?

Maybe you can guess how the story played out from there. Jason became a bit of a conspiracy theorist about the “old boys’ club” in senior management. Despite his record-breaking performance, in his mind they’d rejected him because he wasn’t “one of them.” So he turned his back on the company and took his talents elsewhere.

But the truth is, Jason could very well have earned the promotion he so desperately felt he deserved if he’d taken a step back and examined the situation through his bosses’ lens.

In my years as a CFO at Microsoft and in my executive coaching practice, I’ve picked up on three attitudes that often derail leadership promotions – including Jason’s:

1)  Managing humans is an annoyance. Far from being an “annoyance” or a “distraction,” leading people frequently is the job description at the highest levels of responsibility. Learn to excel at leveraging human relationships, and you’ll stand a much better shot at getting promoted.

2)  I’m in love with my job. Believe it or not, there’s such a thing as loving your job too much. When you get hyper-focused on the technical and executional aspects, you tend to overlook the strategic and interpersonal expertise that’ll slingshot you to the next level.

3)  I want the top job – bad. Ambition can be a wonderful, powerful motivator. But if you value your promotion to the top more than you value your company’s performance, rest assured the people above you have already sniffed out your true motivations.

I refer to harmful mindsets and behaviors as derailers since they often knock promotions – or even entire careers – off the track. As I wrote a few weeks back, conquering your derailers first begins with awareness. Without awareness, there’s only habit and pattern – but with awareness, you gain access to choices that greatly broaden your field of action.

How can you expand your awareness? Start with these three simple steps:

1) Get 360° feedback – plus a personality assessment. A skilled executive coach can interview your stakeholders and debrief you on the feedback. Through assessments like Myers-Briggs or Hogan, you can get a clearer understanding of your personality’s strengths and derailers. A good coach will help you understand those too.

2) Enlist the help of a coach to notice, track, and change derailing behavior patterns that may be torpedoing your career growth. This can be a lot of work, but it’ll pay big dividends.

3) Work with your coach to devise experiments to try out new behaviors and replace the old ones. Don’t go all out at first. Take it easy and begin with low-stakes situations. Then up the ante as you gain confidence.

Next time you notice yourself vilifying the company for not promoting you, pause and take a breath. Remember Jason’s mistakes. And instead of running for the exit, get some help taking a clearer look at your own derailers. Then work on them!

By doing so, you’ll capitalize on the one thing that’s always yours – the power to examine your habit patterns and redesign your behavior. That’s what leaders do. And that’s why they get promoted.