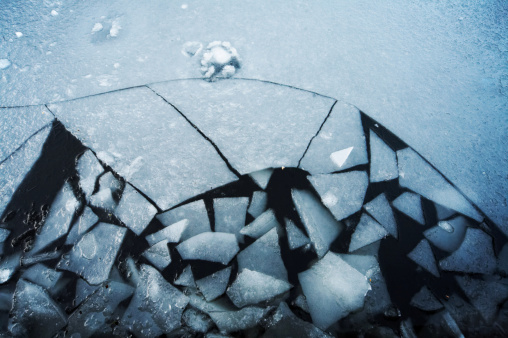 I sat across the table from my boss in his private conference room in Building 34, Microsoft global headquarters in Redmond, Washington – and all I could think was, “This can’t be happening!”

But it was happening. I was about to get fired from the job I’d dreamed of for my entire career – the job I’d been working overtime to master for the past year and a half.

My boss had spent the last 15 minutes outlining how I was falling short of expectations. I didn’t understand the business deeply enough. I wasn’t working closely enough with teams throughout the organization. I was failing to deliver results that measured up.

He was right. And I knew it.

How could I have let this happen?

Just 17 months earlier, I’d jumped at Microsoft’s offer. They were looking for a CFO to rebuild the North America finance organization. It was their largest single market with billions in revenue – and this role was right up my alley.

Over my 17-year career, I’d rebuilt several finance organizations at blue-chip companies. Now I was getting a chance to prove my worth at Bill Gates’s tech behemoth – and I couldn’t wait. This was exactly what I’d been preparing for.

For the first few months, everything seemed to be going according to plan. I laid out a vision for my new organization, and my new employees loved it. I had strong support from my boss, too.

But things started to go downhill as I realized Microsoft’s culture was unlike any I’d known before.

Microsoft demanded more than just effective delegation. They expected me to master the technical work of almost everyone in the organization – to know their jobs better than they themselves did. And that was just the beginning. More than anyplace else I’d worked, Microsoft expected me to know its business inside and out, from products and services to channels, customers, and partners; from the nuances of Windows software licensing to X-Box retailing. My job was to know the entire business stone-cold.

By the time I realized this, my reputation was already slipping. I knew I had to reinvent myself – and fast.

So just like in my b-school days, I began cramming. After managing complex financial operations across the organization 10 or more hours each day, I spent my nights and weekends boning up on arcane details, compiling my mental encyclopedia of the business.

I thought I was making progress – until the moment by boss called me into that conference room, and told me I was about to lose my job.

But instead of firing me on the spot, he gave me one last chance before delivering the knockout punch. Instead, he gave me the next few weeks to turn my performance around.

That weekend, I wrote an email to my boss. Instead of begging for my job, I told him I would do whatever it took to succeed. My success was his success, I told him. My failure was his failure. And I was determined to prove him wrong about me.

Over the next few weeks, I pushed myself harder than I’d even dreamed possible. I learned. I grew. I stretched way outside my comfort zone, reinventing my entire professional self in the process.

And for the next six years, I served as CFO of Microsoft North America, growing our operating income faster than revenue and consistently hitting our corporate targets. The company named my organization the best finance geography, year after year. Customer satisfaction with my team soared from the mid 30’s to the mid 90’s – and stayed there. Employee satisfaction improved by double digits. Our organization became a career destination.

I don’t say all this to brag. Far from it. My point is to share what I’ve learned from nearly getting fired. I can boil it down into three simple tips:

1) Never get comfortable with your recipe for success. No matter how well that recipe has worked, at some point you’re going to face new challenges where it doesn’t. That means you’ll need to invent or adopt a new recipe – and that’s going to happen again and again throughout your career.

2) Embrace humility. Admit you don’t know all the answers. A beginner’s mindset gives you the emotional breathing space to perceive a wider field of options, and recognize the best approach in each situation.

3) Reinvent yourself. Then do it again. Realizing you need to change is only the first step. You have to put in the work – and that means learning new ideas, developing new skills, and building new muscle. Instead of kicking back and relaxing when you hit a developmental plateau, recognize it as just another step on your never-ending path to growth.

Take a close look at your approach to success. Be honest: Are you trusting in the skills that have served you well in the past? Or are you actively developing the skills that’ll secure your success tomorrow, next quarter, and next year?

If you’re still sticking with last year’s recipe, I can tell you from personal experience: In business, no recipe stays fresh for long. Maybe it’s time for you to start cooking up a new one.