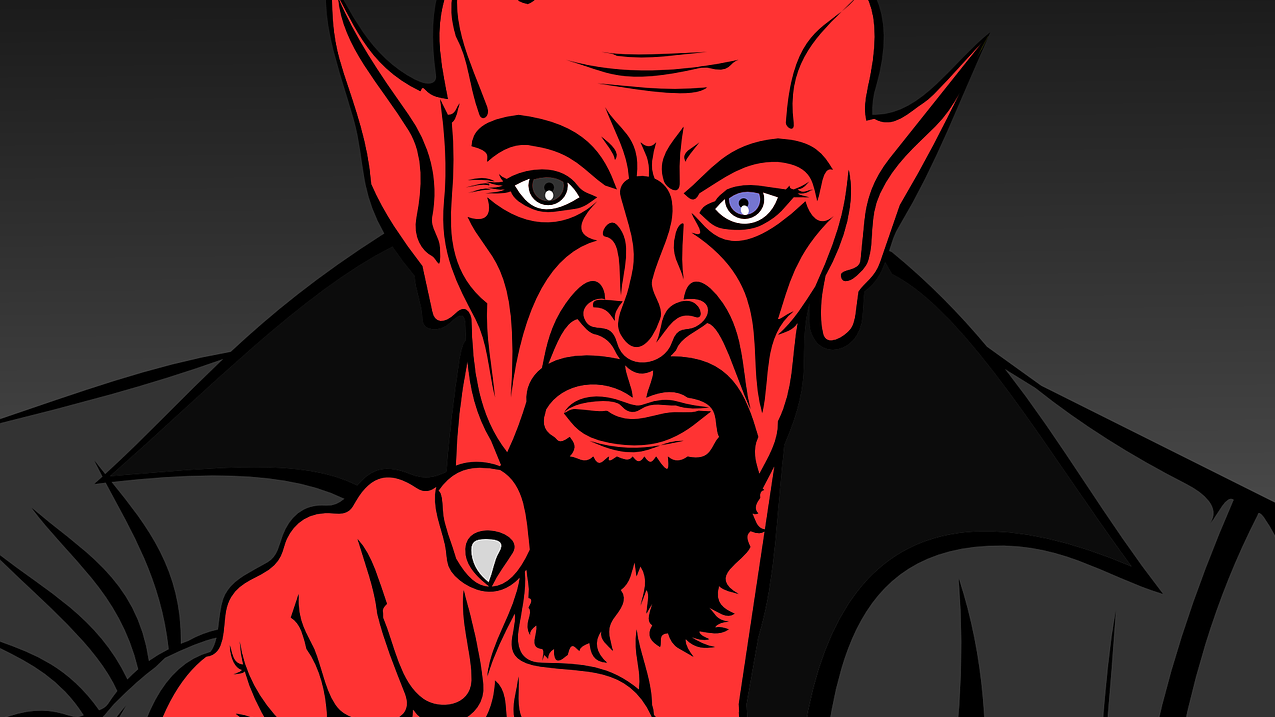 Years ago, a new boss took over the team I was on, and some of my colleagues quickly nicknamed her the Devil Boss. Her nastiness was truly off the charts. Among other things, she routinely ripped people apart during presentations. I once witnessed her bring a young finance executive to tears with her criticism of his budgeting plan. Her primary objective always seemed to be to prove that she was smarter than everyone else – or that they were a lot dumber. Within a few months, virtually all her direct reports were ready to bolt, including me. We just couldn’t take working for this woman anymore!

Many of my executive coaching clients share with me how blaming others for their dissatisfaction at work – or elsewhere – can sometimes feel so right. After all, when someone mistreats us and others, aren’t they the bad guy? What’s wrong with acknowledging that sometimes a bully is a bully? Or a jerk is a jerk? For that matter, what’s wrong with wanting to get away from someone like that?

The trouble with that approach is that it rarely works. The world, including the workplace, is filled with lots of people who are not much fun to be around. Fleeing from one nasty person usually means running headlong into another. At the end of the day, bouncing from one mean boss to the next is not a very effective formula for finding satisfaction at work.

Nearly always, the actual answer to the problem lies within ourselves. Although it might be natural to want to get away from a nasty boss or, better yet, find a way to get rid of them, in my experience the best course of action is to work inside our sphere of influence, which begins with looking for opportunities within ourselves.

I recommend first checking the Department of Perspectives & Attitudes. In the case of the Devil Boss, I stumbled on a helpful perspective quite unexpectedly. One afternoon, it suddenly occurred to me that it might be better to try to help my boss improve her behavior rather than run away from her. This whacky, unanticipated thought surprised me, but it instantly created emotional space for an entirely new perspective. I began to see my boss as someone who might need my help rather than someone who was trying to wreck my career.

Not just noticing but acting upon a shift in perception can work magic. Once I began to see my boss in a different light, I needed to work on this new perspective. Earlier in my life, I had learned that when I treated people with genuine interest, concern, and respect, they usually responded in kind. Considering this and despite serious misgivings, I invited the Devil Boss out for lunch to learn more about her. If I was going to care about her genuinely, I first had to get to know her better.

She seemed a little surprised by my invitation, but she accepted, and we went out to her favorite sushi place. During that lunch and many others that followed, I worked hard to get to know the stories behind the woman. It wasn’t easy at first, but with time I came to see her as a fellow traveler with all the hopes, fears, desires, and challenges that are common to this mortal journey. I realized that she wasn’t the demon I had thought after all. In fact, deep inside she was a decent human being who treated others harshly mostly because she had so many insecurities about herself. That didn't justify her behavior, but it did help explain it.

Through my consistently treating her with genuine caring and concern, she came to trust me and know that I had her best interests at heart, opening the way for me to give her constructive feedback about her bad behavior. She was remarkably receptive once she understood that the feedback was well intended and she genuinely tried to improve.

I didn’t end up leaving that organization. In fact, I worked for this boss for several years, and we eventually became good friends. Over the course of time, her behavior in the workplace changed quite dramatically. Little by little, she began to treat people with more respect, dignity, and encouragement. Her tirades and insults became a lot less frequent. By the time I moved to a new role a few years later, most of her leadership team was still intact, we mostly enjoyed working together, and the boss was well respected. Although few had come to think of her as a dear friend, no one called her the Devil Boss anymore.

While I know that my boss herself did the hard work to change her behavior, I also know that my showing genuine interest in her and giving her feedback played a role in her turnaround. On my side, I came to see a human being in a whole new light. My perspective and my attitude about her had both changed. Because of that, my satisfaction on the job had improved significantly. I no longer carried a load of anger and resentment around with me. I had replaced it with a desire to help someone. That simple shift in attitude and perspective powerfully changed how I faced each new day on the job.

My experience with the Devil Boss all those years ago taught me an invaluable lesson that I share with my clients to this day: sometimes finding greater satisfaction and happiness is as easy as taking a careful look at the changes that we, not others, need to make.

Note: Some identifying details in this article have been changed to protect the privacy of individuals.