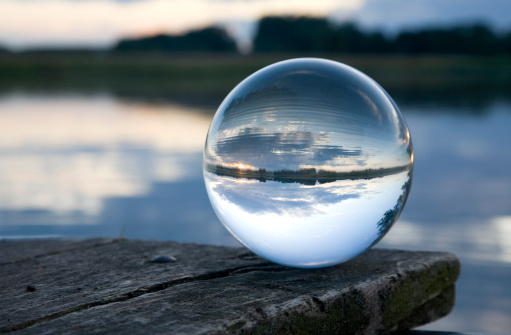 I could hear the exasperation in the CEO’s voice. “My team is simply not accountable!” Sanjay was shouting. “I give them super clear direction, then they go off and do something totally different — or they don’t follow through at all. These guys just don’t deliver!”

“What do you think the problem is?” I probed.

“I don’t know!” he shrieked. “I guess I just don’t have the right talent in place. I’m going to have to let some of them go. I’ve got to get people in here who get it!”

I certainly sympathized with Sanjay’s frustration. In my term as CFO of Microsoft North America, I learned firsthand how crucial it is to get the right talent in the right jobs. But at the same time, I sensed that something else was going on with Sanjay’s team. So with his permission, I started my own investigation.

My first step was to interview all his direct reports. I asked each of them the same nine questions, designed to suss out what it was like to work with Sanjay.

A few interviews in, the pattern was clear — Sanjay was terrible at giving his people direction, and at holding them accountable. What’s more, they were confused by and scared of him. He had a reputation for giving vague direction — then blowing up when he didn’t get what he wanted. Ironically, the team was beginning to wonder if they had the right CEO in place.

What was the cause of all this confusion? Sanjay had fallen into a common trap. Because he had smart people working for him, he assumed they could infer what he needed from them. In fact, he assumed it would smack of condescension if he gave explicit instructions. “Besides,” he added, “they’re a bunch of rocket scientists and Ph.D. 's — I shouldn’t have to spell it out for them!”

Trouble was, that’s exactly what they needed from him: a specific request for each assignment, and a mutual agreement on the expected result.

An effective request specifies who, what and when, and asks for a commitment. Like this:

“In order to accomplish ABC, I request that you do X by Y. Can you commit to this?”

Rather than bark, “Someone needs to work on the sales report,” it’s much more productive to say, “Jon, I need your team’s sales figures by the end of the day today. Can you provide that?”

An effective acceptance is just as important as an effective request. It gives the other party four clear options:

Someone might decline your request for all kinds of reasons. For example:

And here’s where the really delicate part comes in. As a leader, you have to give your team the option of answering something other than yes.

Few leaders are accustomed to creating that space — even if they believe they’re open to reasonable discussion. Others are simply too autocratic to accept anything but yes.

But leaders who only accept only a “yes” run the risk of insincere, grudging or incompetent commitment — which is unlikely to produce the results they want.

Of course, not all commitments will or can be kept. Sometimes unforeseen circumstances keep well-intended people from delivering. When this happens, they need to alert their “creditor” as soon as possible. The longer they wait, the higher the cost of apologizing and damage control — and the bigger the hit to their credibility and reputation.

When someone fails to keep a commitment, it’s important for the leader to call it out. You can simply say, “This isn’t what we agreed,” and then explain how the results differ from the agreement.

In fact, not calling out a miss on a commitment is the same as lowering your standards. Your implicit message is, “I say I want X, but I’m willing to accept less than X.” That means next time you ask for X, you won’t get it.

Sam Walton, the founder of Walmart, reportedly taught this bit of wisdom: “As a leader, you don’t get what you expect. You get what you accept.”

But as you’ve probably found in your own leadership experience, this common-sense principle is rarely commonly practiced in the workplace.

Sanjay the CEO was not only guilty of giving ambiguous directions and neglecting to gain commitment — he also rarely called people on the carpet when they didn’t follow through. This meant he virtually never got what he expected. Which eventually led to throwing tantrums and his people feeling bewildered and scared. Not to mention the company missed its objectives.

So I invite you to try a quick exercise. Think about a recent request you made, and consider these questions:

Now here’s part two of the exercise: think about a recent commitment that got missed, and ask yourself the following:

You probably had to answer “no” to some of these questions — and that’s okay. It’s all part of your learning process.